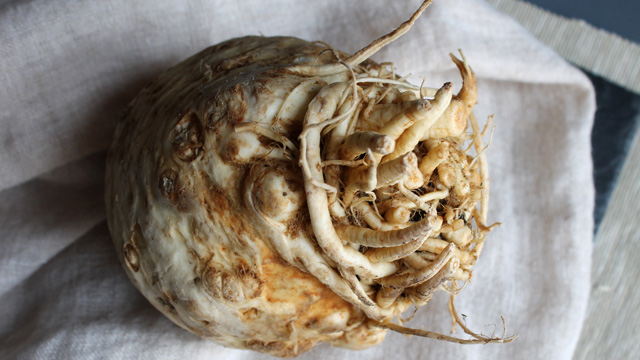 I have just started experimenting with this wonderful tangy root vegetable. Also known as celery root or knob celery, it is, indeed, knobby. I see them in winter in my markets: large, warty, dusty with dirt…they seem rather off-putting. But really, it’s just a matter of aggressively cutting off the tough skin and brown parts, not just peeling, which rarely does the trick. The creamy white interior is great for all kinds of applications, similar to how you would use a potato (except it is lower in starch), like boiled and mashed, or roasted, in gratins, or made into a gnocchi or a cream soup, but it is also wonderful raw, sliced thin and served as a salad. The Germans make an apple, walnut, and vinegar salad with it, the French a slaw with mayonnaise. I really started loving it when Neni turned me on to her Braised Celery Root and Potatoes (her recipe is in the Greek Kitchen Ecosystem column on this blog). Since I often make the dish just for two, I end up using only half a bulb. The other half…well, leftover stuff is the mother of invention in cooking isn’t it?

These are delicious, easy, and freeze beautifully. I served them with a little smear of goat cheese on top as an appetizer, and another night, with a grilled flank steak. Excellent! 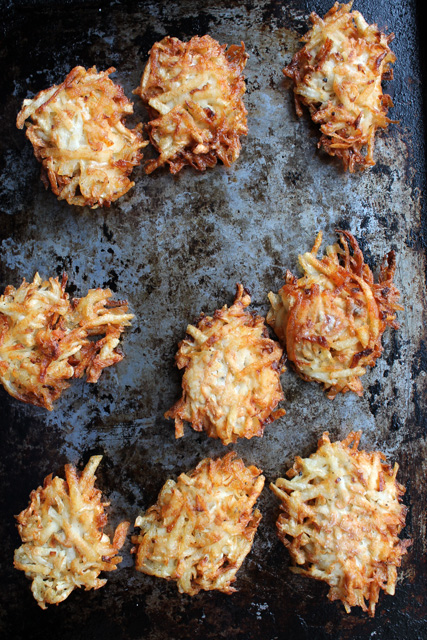 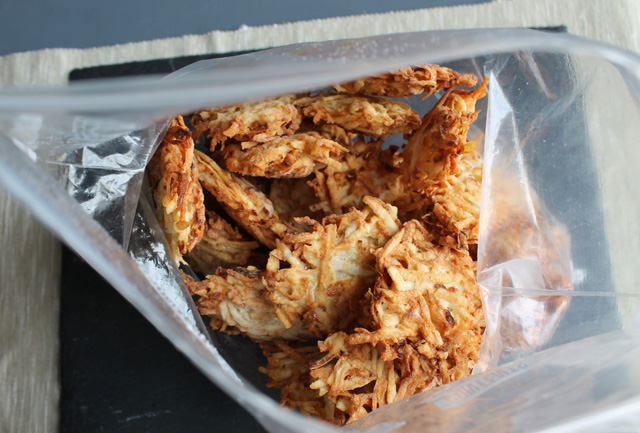 7 Comments on “About Celeriac (Celery Root)”