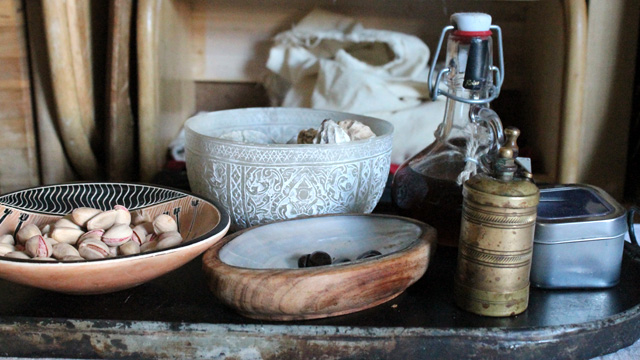 What is the Greek Kitchen Ecosystem?

Somewhere along the way I realized that this idea of using the ecosystem metaphor to illustrate the interrelated recipes that make up authentic tasting food would work for kitchens other than my own. Why not explore other kitchen ecosystem with chefs who were thinking the same way as I do? How better to truly understand what it takes to make good Thai food, for example, than documenting the kitchen ecosystem of a Thai cook? And why stop at countries? Why not explore regions: how about the Santa Fe kitchen ecosystem? Or restaurants? Like the Fiola kitchen ecosystem (Fiola, an Italian restaurant in DC, is owned by Fabio Trabocchi, a friend from New York)?

I don’t know how many it is going to take, but I intend to figure out a baseline of recipes that follow my program: Eat some fresh, Preserve some, Use the Preserve, Use the Waste Stream, and Necessities, Luxuries, and Condiments. Then I looked around at which of my colleagues I could hit up for a primer in their cuisine. 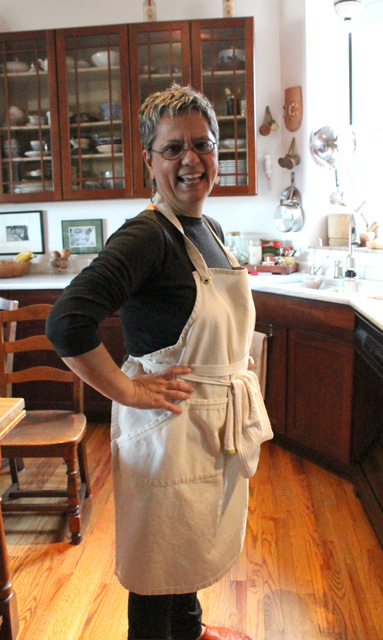 It took a nano second. One of the most accomplished home cooks I know is Neni Panourgia, an anthropologist who lives in New York City in the winter, and summers at her family place in Galaxeidi, near Delphi. I’ve been buying her  organic olive oil for a few years now: a 17 liter vat for $250 that lasts a year and is probably the single best food investment I make. In the fall when she returns from Greece she brings back dried herbs: bay leaves, marjoram, thyme, and spearmint (which she uses in a lot of dishes, to my surprise). I have eaten at her house many times, and always the food is super savory, highly flavored, feisty and delightful, like their maker.

Neni’s cooking is primarily Athenian Greek, though she often makes dishes from other regions. “It’s basically bourgeois Athenian, with adaptations.” This semester, Neni teaches two days a week. She edits a Greek anthropological journal, and writes books on heavy topics like Greek terrorism. She grades papers and works on her books at home, taking breaks to punch down the bread or put a roast in the oven or remove the canning jars from their water bath.

We started working together on February 11, 2014. Here’s the deal: I show up on an afternoon at her apartment near Columbia University, where she will cook a few things, and I will record it all, and ask a million questions, and generally drive her crazy for a few hours. Then I come home and test everything in my kitchen and photograph the dishes.

My hope is that after about a year of this, I will have a good baseline of what it takes to create an, um, bourgeois Athenian Greek kitchen ecosystem, and Neni and I will be even better friends.