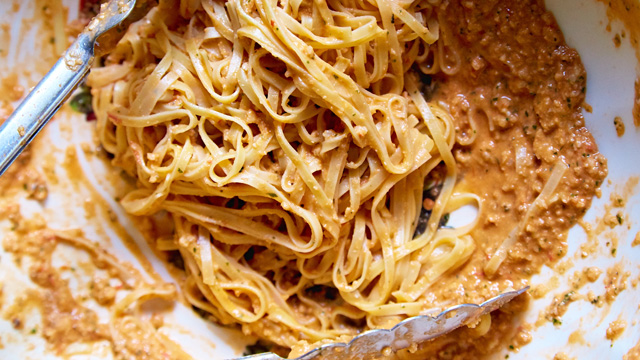 It always amazes me when Edward reveals he is hip to something that I had figured was totally out of his purview. I mean, he has no idea who Bradley Cooper is, but he likes Snoop Dog. Likewise, I was rather surprised when he suggested I add almond milk to Trapani sauce. But it makes sense: in Sicily, where the recipe originates, fresh almonds are used. We don’t get those here in New York, at least, not often. Edward says the difference between a fresh almond and the almonds I buy at Teitels on Arthur Avenue is the milk. “Fresh almonds are creamy,” said Edward over our Friday morning espresso. “So I just use a little of that almond milk they sell in the health food store to soften the nuts up.”

Really, it’s so intuitive, and well, kind of brilliant, as it takes advantage of a current food trend to sustain an old one. And this is the time of year to make it, when the tomatoes are ripening on the vine, and at their tastiest and cheapest.

Pasta with Pesto di Trapani
This is a very saucy, rich dish. So rich it does not need cheese.

Bring a large pot of salted water to a boil over a high heat and add the pasta and cook until al dente, about 12 minutes. Drain and toss the pasta with the sauce in a large serving bowl. Garnish with breadcrumbs, if you like.

Note: I don’t always add the basil to the food processor. Sometimes I use it as a garnish in place of, or with, the breadcrumbs. 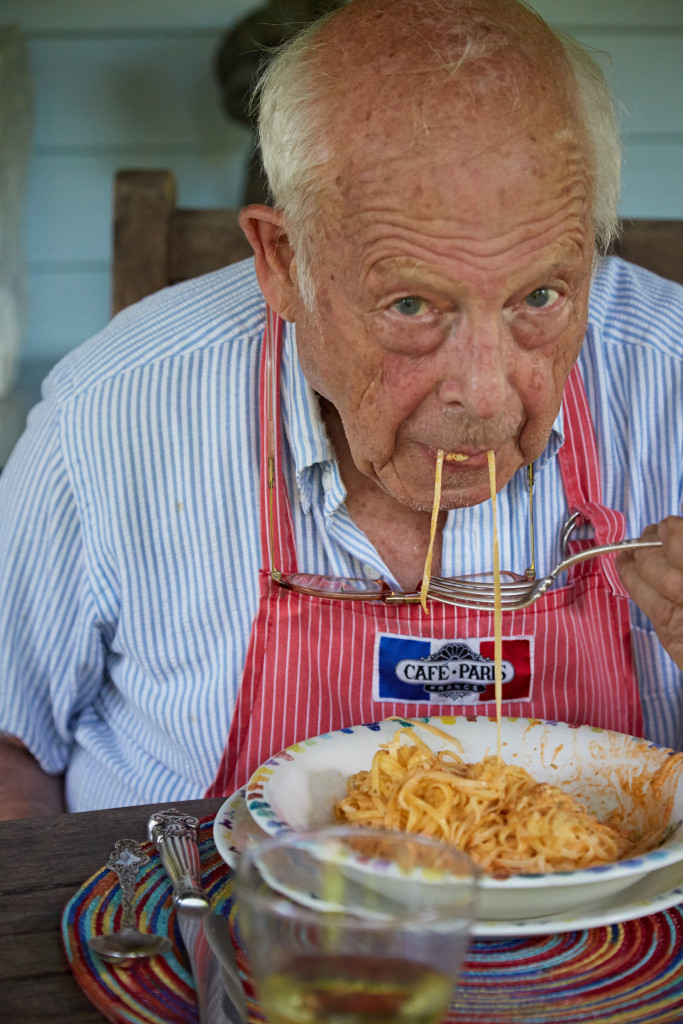