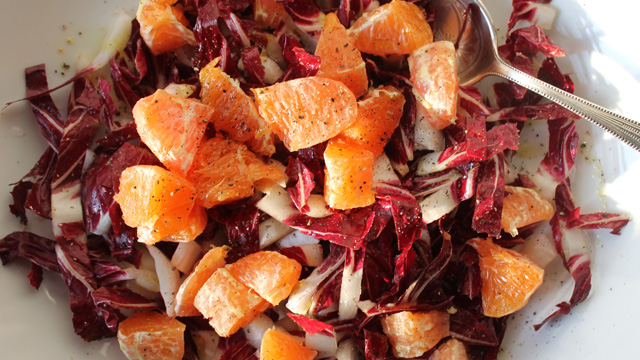 Edward is sitting in his spot at Tino’s visiting with Rosa when I arrive. He stands up to kiss me on the cheek. He’s wearing a cap that says “Giotto” on it. Edward did a mail-in genealogy search and found out that Giobbi was somehow related to the early Renaissance artist who happens to be his favorite painter. A very nice coincidence that Edward likes to think is fate. I ask him how he is feeling and he said fine.

“You always say that.”

“That’s because it’s true. I don’t feel how cold my studio is because I am working. I didn’t feel how cold I was sleeping in a foxhole in Austria because I was so damn scared. You don’t feel discomfort when you have something on your mind. That’s why when people retire they start to act old. Old people who are not actively working on their craft need to take up something like specialty gardening, or repair work, like fixing radios. You’ve got to feel like you have a role to play.”

“But if someone was a banker is he going to want to spend the end of his life fixing car stereos? Isn’t that kind of a come down?

“No! All work has dignity.”

“So if you weren’t a painter, what do you think you’d be doing?

I thought about this for a while. And I realized that in rural Colorado where we have a summer cabin, elderly people did a lot of small repair work, the sewing and appliance fixing. I bring my knives to a fellow who must be at least 80. I leave them in a box in his garage with my phone number attached and a few days later I get a message in a quavering voice that my knives are ready. I’ve never seen Mr. Holston, but I am grateful to him every time I slice a tomato. It makes me wonder, what could do I someday? I am terrible at sewing, I kill every plant I breathe on, including mushrooms, I am a disaster at electronics, I can’t even fill a tire with air. Oh damn. Who needs an old food writer?

Well, I am good at canning. And I could can people’s produce.

Edward plants radicchio in the spring, and then cuts the plants back in the fall when they are about 3 feet high. Soon after the red heads will appear. He lets the plants die back in the winter, and in early spring he has another crop. “Every year I clear away the snow in later winter to find that all these beautiful purple buds have come up. Unfortunately, the damned woodchucks ate all of it last year.” This is a classic Sicilian salad, wonderful served with fried or grilled fish.

Cut the radicchio into slivers horizontally and wash.

Peel the orange and remove any large bits of pith, then segment and cut the segments into bite-sized pieces.

Toss the raddichio and orange pieces together with olive oil and lemon juice to taste. Season.

The salad can sit for a hour or so. If you like, garnish with a tablespoon of chopped fresh basil.

UPDATE: I’ve made this salad four times since writing this post, it’s that good. So here are a couple of things that I’ve learned. The salad, once dressed, not only holds beautifully overnight, but the radicchio gets sweeter! Also, I have been using a sherry vinegar that is slightly sweet and it’s a terrific substitute for lemon juice. Just saying.

← Fish Soup, For Mourning
Chicken with Peas and Mint →