In the six months or so that I’ve been following Edward around on Arthur Avenue, I don’t think I have seen him buy tuna or salmon or halibut or any other big predator fish. He always buys the stuff way further down the ocean food chain: clams, squid, cuttlefish, and octopus, sardines and whiting, monkfish, little black bass from Montauk, and Atlantic flounder. He buys these fish because he likes them, but the truth is, we all should be eating more humble species of seafood. (Imagine, the Connecticut River was once hosted one of the greatest salmon populations in the East.) So he’s enjoying the Maine sardines while they are still in, ditto the tinker mackerel. Edward either broils them (in the fireplace for dinner) or fries them. He dunks them in milk and then in coarsely milled flour he gets in Italy. (“The milk acts as a paste for the flour,” he says, every time we fry together.) I use Wondra flour and get the same results.

Rest sardines in milk while you heat about 1 1/2 inches oil in a non-stick skillet
or well-seasoned cast iron pan, then dredge in flour. 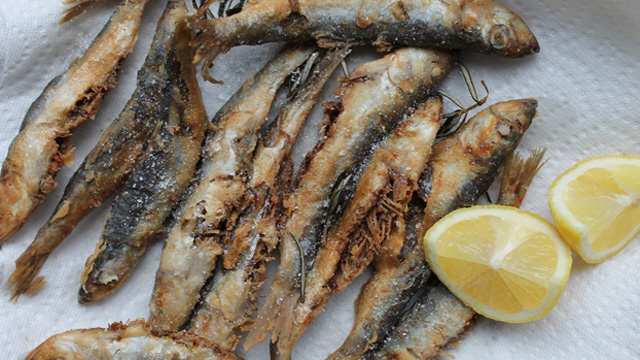 Drop the sardines in the oil and fry for a few minutes on each side. Drain and add salt. Eat them like corn on the cob!

Either way, when they eat fish for lunch they have a green salad with it, and a piece of cheese, and when they eat fish at dinner, they have it with a boiled potato and a vegetable, this week, lots of Swiss chard. Edward said he and Ellie never eat salad at night because they don’t sleep well if they eat raw stuff before going to bed. The same goes for pasta, which they really only have once a week or so, unless there’s company, because company always hopes for pasta if Edward is cooking. Edward couldn’t remember whom he had over, but he did remember the pasta course he made: baked pasta with clams and brandy, one of my favorites.

Edward picks up a load of chicken bones most Fridays from Biancardi’s—I don’t think they charge him—and makes about 2 quarts of stock, enough to fuel the week’s worth of soups. He made a soybean soup using frozen soybeans (onions and garlic sautéed in oil, then tomatoes, then the soy beans and stock). The next day he added frozen cranberry beans from his garden and elbow pasta (always cook the pasta separately). And the third time he ate it, he wilted a handful of spinach into the now soy and cranberry bean soup. (You see the benefit of not cooking the pasta in the soup? It would have been wheaty and mushy by now.)

Once every two weeks or so Edward makes veal liver with onions for Ellie. She has a long history of anemia. Indeed, she tells this southern gothic horror tale of getting a blood transfusion when she was a child. Her parents were worried she was not robust enough, so her father, who was the powerful CEO of the First National Bank of Tennessee, managed to intimidate a young clerk into donating his blood to my mom. She says she remembers the tube connecting him to her, as his blood was drained into her arm, and how terrified he looked. He recovered, I assume, though my mother’s family in Memphis is littered with people who never recovered from encounters with them.

When you first enter the big communal green market on Arthur Ave (across the street from the communal parking), to the left is an Italian seed stand. Edward bought his favorite tomato cultivar, Pomodoro Cuor Di Bue, which he said has the best flavor Edward’s been angling to get some wooden baccala boxes from Randazzo’s to start his tomatoes in, though he’s got two going in the sitting room right now. 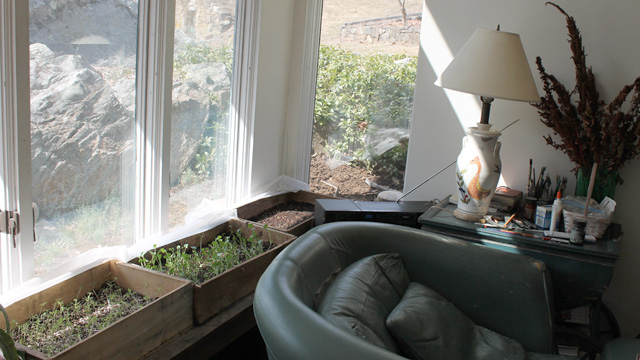 It’s been too cold in Katonah, NY where Ed and Ellie live to start tomatoes in the cold frame, although they have managed to get arugula out of that frame all winter long, and every time I’ve had the salad with them they both carry on about how miraculous it is, the ever-producing cold frame, like the oil in the Hanukkah lamp. 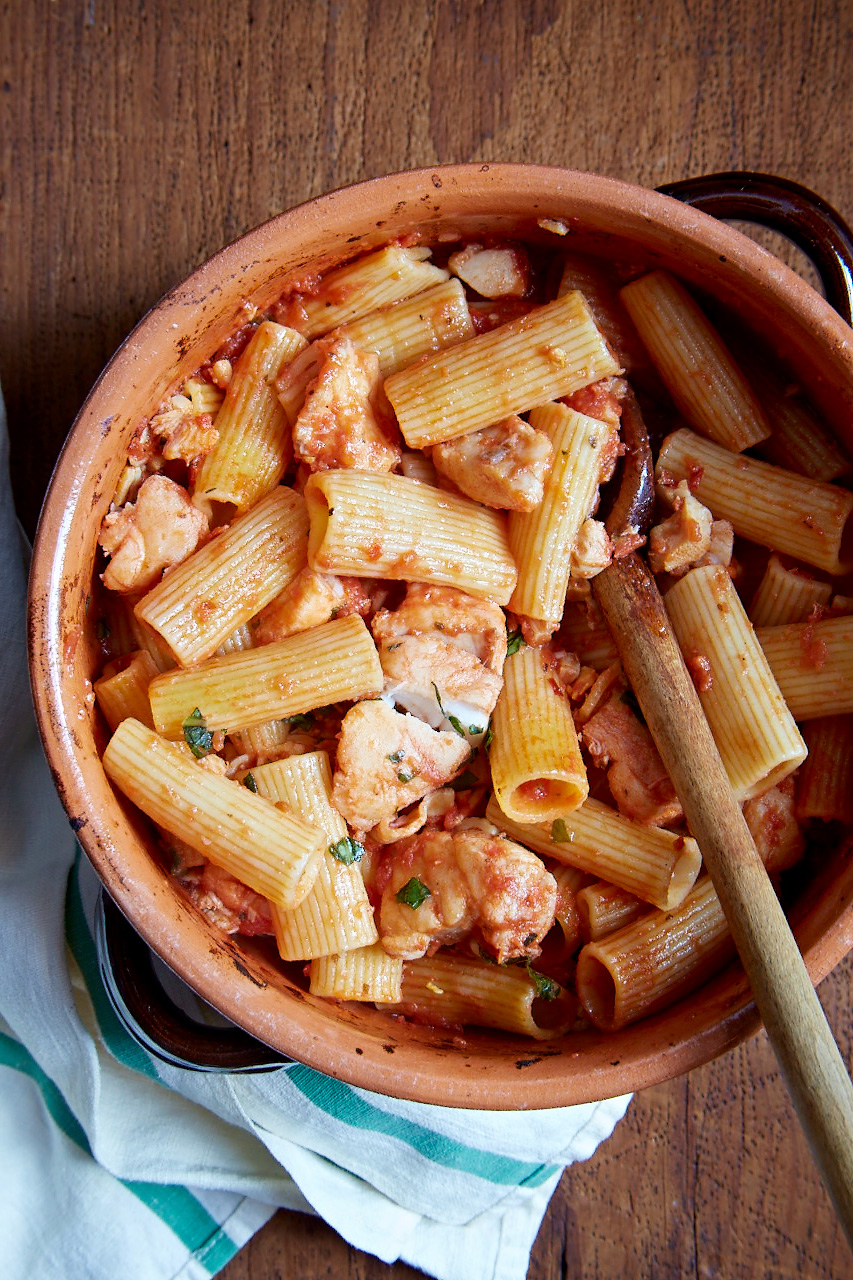