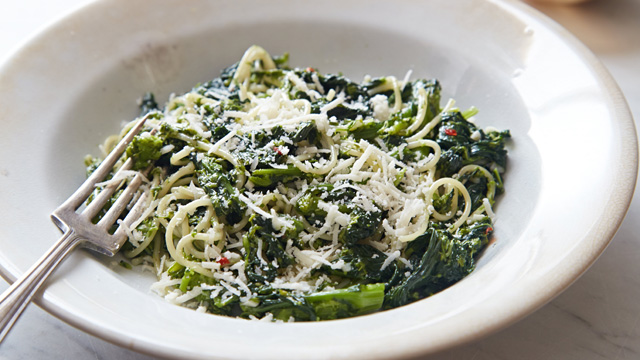 Even though la Vigilia (the feast of the fishes) is a light meal, it’s a rich one, and entails a lot of cooking. Edward loves it though. He was at Arthur Ave the morning of the 23rd, in line at Randazzo’s with the Italian ladies and their grocery carts, at 6am. As always, we assembled for dinner at the big old house in Katonah, New York. I convinced my husband and kids to drive back to the city after the dinner because much as I admire the old horsehair mattresses, it’s a bit like sleeping on a brillo pad, and the house is either super drafty or boiling hot…I mean, it has been fun crunching on those beds and crashing on couches for years, but not so much anymore. Instead, my brother Cham and his family stayed, as well as a few other guests.

Our fish dinner started with fried baby octopus and champagne, then an antipasto plate of steamed Manilla clams with garlic, seared scallops with chanterelles, and caponata with tuna. We usually have a pasta, but we decided to skip it this year, so we bounced straight to the entrée, baked flounder fillets stuffed with crab and ricotta, and dressed with a tomato sauce made with shrimp shells and garnished with shrimp, served with broiled fennel. My sister in law made a lovely lemon meringue pie, and then we sailed back down the Saw Mill Parkway to the city and our own beds.

We came back Christmas day for a late lunch. Everyone looked very, very tired in the big house. Turned out that one of the bathrooms sprang a leak and flooded the place, and the horsehair beds on the third floor were riddled with stink bugs, which freaked out my brother’s young kids who insisted upon bunking with their parents, and then got up at the crack of dawn to open their stockings and, well, no one got much sleep. So cooking on Christmas Day, with its antipasto plate of prosciutto and tuna mixed with ricotta and truffled cheese, the fried pears and cauliflower, the lasagna Bolognese, the humongous capon with mushroom sauce, vegetables, potatoes, and fried ravioli stuffed with grape molasses and walnuts, was definitely stressful. To complicate matters, Edward went into his wine cellar for some red wine and opened four bottles, all of which had lost their labels a decade ago, and all of which were totally nasty, which totally pissed him off and reinforced his long held opinion that no one with any sense would ever drink anything but his homemade swill. Honestly, I was ready to drink from the Marsala bottle that Edward uses in his zabaglione. And I slept well the night before.

We left Edward with a clean kitchen, but a sodden third floor bathroom carpet (fans set up and blowing), and a fridge full of leftovers, and for the next few days he and Ellie ate them: the prosciutto and cheese, the panettone, the lasagna and capon sandwiches and soup, the pies and eggs poached on leftover vegetables. Did I mention the panettone? After a fours days this, Edward told me, “I just wanted to eat something simple, dammit.”

So pasta with broccoli rabe it is. Edward has been been extolling the virtues of this excellent counter intuitive way to cook pasta with a vegetable for a while now, and I am glad I finally tested it. Pasta cooked risotto-style is actually quicker and more delicious than the standard boil-pasta-toss-with-vegetables method. The pasta cooks in the steaming vegetable with a scant amount of liquid. The result is a creamy vegetable pasta with no cream. Soft and easy on the mind, soft and easy on the stomach.

It’s what we all need during the holidays.

Bring a large pot of water to a boil over a high heat. Add the broccoli rabe and when the water comes back to a boil drain, but retain 4 cups of the cooking water.

Heat the oil in a large skillet over a medium heat and add the garlic. Cook for a minute or two, until you can smell the garlic’s perfume, but do not brown. Add the broccoli rabe and the hot pepper. With a pair of culinary scissors, snip the rabe into bite-sized pieces. Add about 1 cup of the blanching water and cover. Cook for about 5 minutes, until the rabe softens.

Break the spaghettini into pieces 3 to 4 inches long. Place in the skillet with the rabe. If you can, move the rabe around so it partially covers the pasta. Add 2 cups of the water. Cover, cook for a few minutes, then remove the cover and, with tongs, move the pasta and rabe around some more. The idea is to keep the pasta moist and steamy and the pieces of spaghettini separate, because they will want to stick if there is not enough moisture or movement. If the pan is dry, add another cup of water. Cover, cook for a few minutes more, then check again, moving the pasta about in the skillet.

Taste the pasta. If it is al dente, you are done. But if not, add a small amount of water, no more than ½ cup. You want to add just enough water to finish cooking the pasta, but no more, so it is important that you keep tasting and checking. All together, however, the dish is done in about 10 minutes. Add salt to taste.

Or, if you are ambitious, you can serve this dish in frico: Grate 1 cup Parmesan cheese. Pour the cheese on a cookie sheet lined with parchment paper and press with a fork into an even, very thin layer. Bake in 375F oven for 6 to 8 minutes until the cheese is melted and lacey looking but not browned, or it will taste bitter. Have ready a round-bottomed bowl or pot that has been rubbed on the outside with cooking oil. Immediately flip the frico over the bottom of the bowl by lifting the edges of the parchment paper and draping the soft cheese over it. Allow the cheese to cool on the bowl. When the frico is cool you can remove it and serve the pasta inside.

2 Comments on “Something Simple, Dammit”